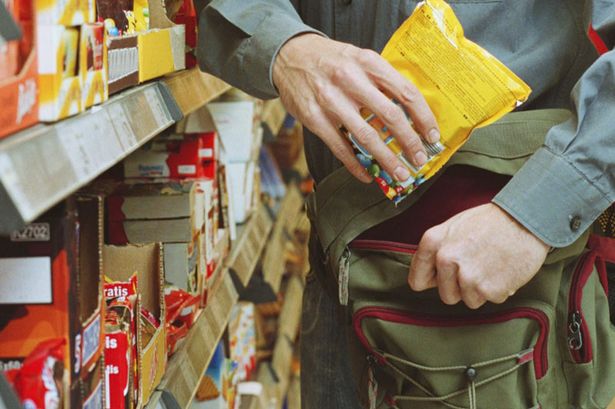 At two supermarkets I come to the garbage bins in which a heap of good food is thrown. I want to take it and feed myself and my friends. The security guard prevents me. Facing at the outrage, as if I wanted to clear the refrigerator in their home kitchen. They act aggressively and recklessly. I ask why it happens. „These are the rules. You can’t take it.”

Damn, they don’t call it with regret in voice. They enjoy that they can comply with these rules by violently or at least his threat.

I ask, „How do you fall asleep in the evening to oversee the food for the landfill and not in people who are hungry?”

„I sleep well because I at least work”, says one of those fuckers.

What to say? The enslaved being boasts its enslavement. It uses its enslavement as an argument against those who avoid the enslavement. I would like to regret it, but I can’t in this case. He doesn’t do it for fear of sanction. Makes it out of conviction. With pleasure and pride. Regret him? Fuck off! When someone is evidenced by his work, I will be what is being arranged from such a preventive measure. With thried hands certainly no one will take food from the mouth. Is it disgusting violent thinking? I don’t care. Deny the hungry food and prefer to end it in a landfill, it is damn disgusting violence. And do care for that.

I won’t be a whipped victim that tolerates this without reaction. Did you take me from your garbage? OK, so now you have me at the shelves in stores. Give me a slap, I’ll give you two. I’m throwing into the bag, what I need and don’t pay for it. I consume something directly and give something. I put something too into subversive activities. What thinks the bourgeois morale? It’s a crime and theft. What about me? It’s a direct action and class fight. This is not a crime like that. I take what they took us. I don’t care about the courts of preachers of bourgeois ideology. I have my judgment and I know where my place is. Out of law, but on justice.

„I only do my work and supervise the rules.” This is the frequent defense of those who deny people food. Likewise, who sent people to gas chambers and gulags. As long as people will obediently listen to the absurd rules, this world will be a cluster of shit to pile up other shit. I don’t want to be another obedient worker that is putting them up there. And so I expropriate and fight. I share my experience and I ally in combat with other angry proletarians.